There is nothing worse than having to deal with a blocked drain in your shower or sink. First, you might try to strategically use that particular shower or tap as little as possible so that the water doesn't build up. Then you might try some home-made solutions such as taking the cover off and trying to pull out whatever ball of hair and grease is blocking your drain. However, often you find that even once you remove this chunk, the drainage problem does not fully go away. That is because your blocked drain could be more serious than you first thought.

A common problem for Australians is the invasion of tree roots into the drains that enter and exit your home subterraneously. Australia has many trees that produce strong and long-reaching root systems which are attracted to the moisture these pipes create. Over time, (at least a few years) these pipes can be cracked open by tree roots, and then, even the smallest of holes can become an entry point for a lot of tree roots. When you call in a plumber or a blocked drain specialist, one of the first things they will do is check your drains to see if this is a problem for you.

The problem with blocked drains is that unless the blockage occurs within the first corner of your pipes, it is almost impossible to remove on your own. If that ball of hair or clump of grease or food waste finds itself attached to the wall of your pipes at a point that is somewhere under your flooring or in your walls, then it is virtually impossible for you to diagnose and remove. Plumbers have special tools that allow them to locate these problem areas quickly. They then also have all the necessary equipment to gently take your plumbing apart, remove the blockage, and put it back together.

There comes a point in time when all pipes cease to be useful and start to become a burden instead. If your home is several decades old, then you could be fast approaching this point, especially if you get more and more blocked drains. After a while, sediment begins to build up along the side of your pipes. This is virtually unavoidable and a natural part of plumbing. Don't wait until your pipes get so clogged up they become impossible to use, call for a plumber and get ahead of this problem before it arrives. 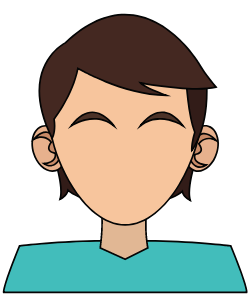